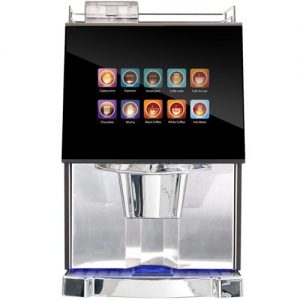 This machine is easy to operate – simply press the button and the drink pours.

This product is also available to lease.
Please get in touch to discuss our lease rental options

Coffetek’s  Vitro Range provide a complete beverage solution for any business location.  Coffetek have deployed the latest technology for making a wide range of hot  beverages to suit any customer tastes